I have just totally given up on kneading. So this loaf is a no-knead variation of the seeded multigrain that I have done earlier. I also took a bit of inspiration from Ginger&bread’s rye and spelt recipe, those rye berries look really great.

I used unhulled hemp seed because I bought way too much and never used them. I have no idea in fact why I originally bought them. Unhulled hemp seeds are a bit weird, super hard and just no recipe uses them. They do work really well with this bread. 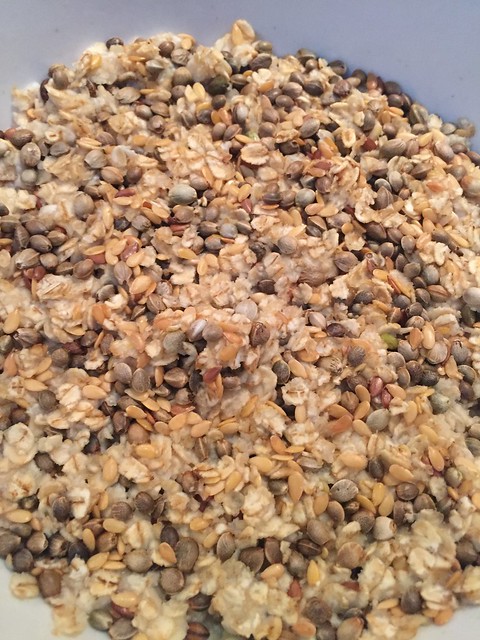 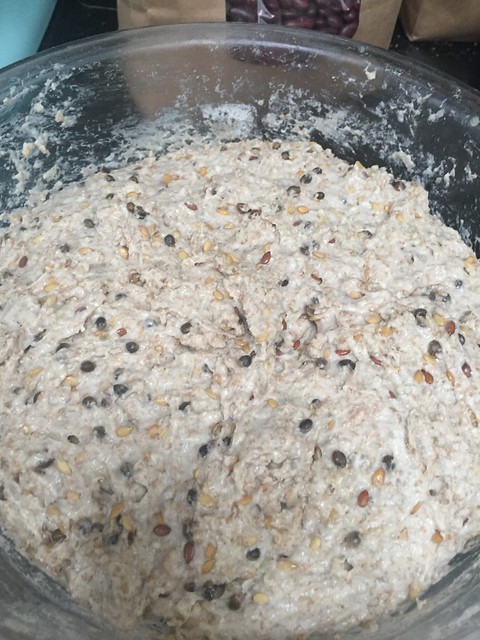 The combination of the hempseed and linseed with the oats and the rye flour really makes this loaf hearty and delicious. 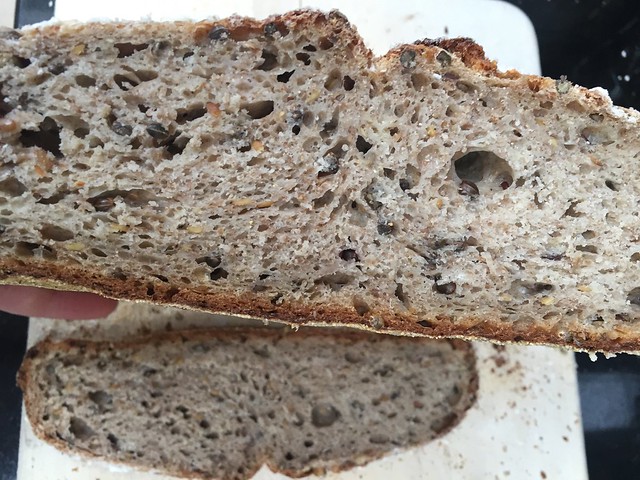 The bread is still quite bubbly. The texture and taste of it is really enjoyable. The hempseed and linseed gives it a pleasurable crunch.

More Photos
Back to top